What I Ate in Italia & France 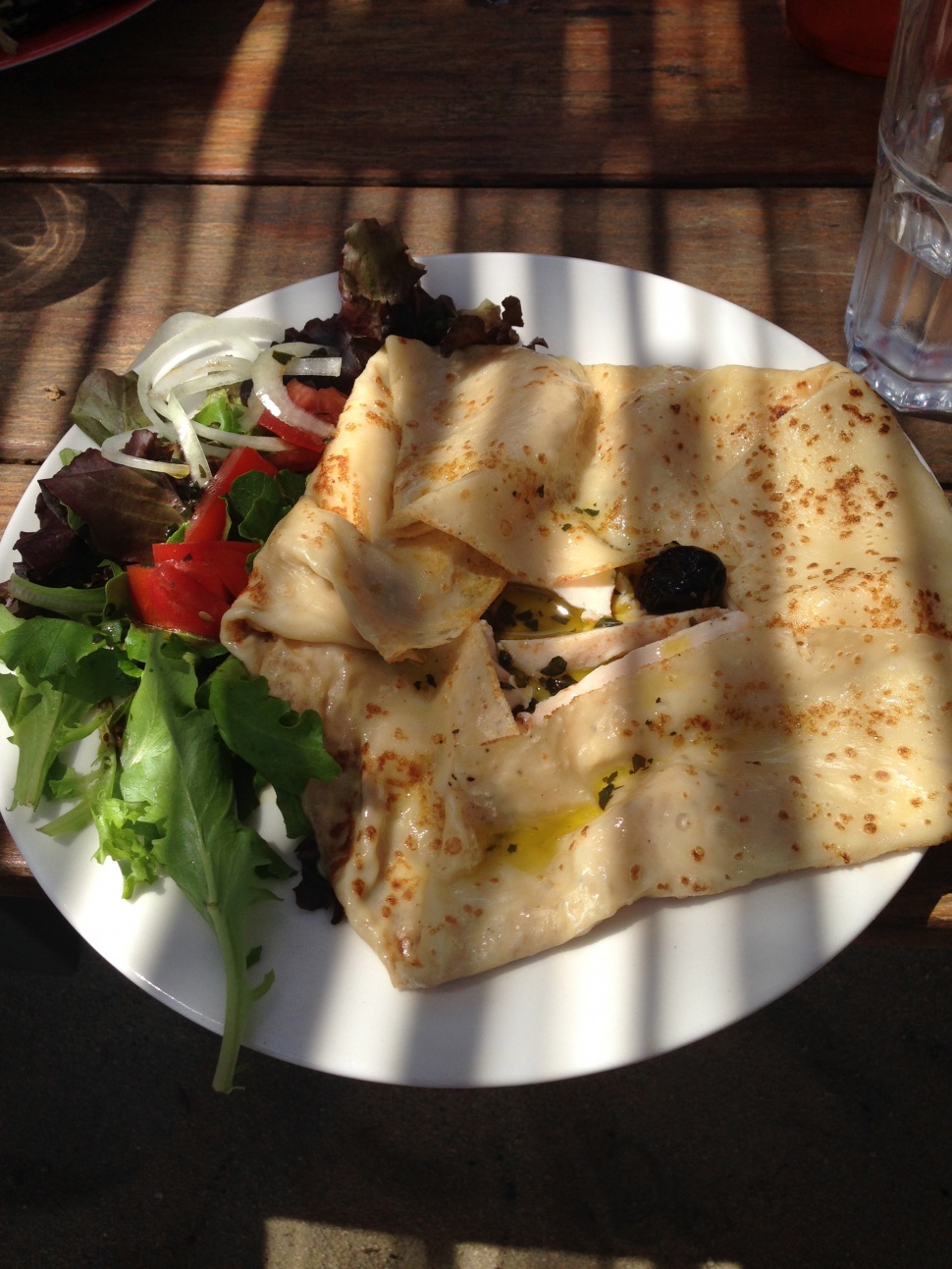 So my last recap post of my trip to Italy & France was great and all, but I know what you’ve all been thinking. Where’s the food? What did the “diehard vegan until one month ago and now very public orthorexic who is trying to reincorporate balance into her life” eat on her Mediterranean travels? Well, that’s what this post is all about!

It’s very true that those of us who suffer from orthorexia, or any eating disorder for that matter, have a pretty tough time traveling and finding food to eat. We have our places that we are extremely comfortable with, we like to know that our kitchen is but a comfortable distance away, and we like to have a full pantry/fridge stocked with our healthy, organic, clean foods.

I know it sounds a little kookoo. That’s why I am working to get past it. I don’t want to be that way, and I don’t find very much enjoyment in being completely obsessed over what I’m going to eat for my next meal and how perfectly clean it’s going to be – that’s why I’ve been working my butt off to ditch the labels and go completely restriction-free for the last several weeks.

I lived in Italy for four months when I was in college (Florence to be exact – the most gorgeous city in the universe!) and I was vegetarian before I went. When I was there, I ate chicken and fish because I lived with an Italian family that cooked every meal for us and it would have been extremely difficult to be fully vegetarian. At that time in my life I also ate a lot of pasta and bread, so I was basically set when it came to living in Italy and finding food to eat. Oh, and I had no qualms with having gelato every day… and sometimes several times per day. When in Italy…

Anyway, I have been dying to go back to Europe ever since I lived there three years ago, but I have also been silently panicked about what I was going to eat while I was there. In the years since I’ve lived there, I have cut out gluten, dairy, chicken, fish, eggs, oil, sugar and more or less anything that was not a veggie, a fruit or a grain.

It was a huge blessing that I ended up realizing that I was suffering from orthorexia and started reincorporating some of those foods back into my diet before I went on my trip… or else I would have been totally screwed while I was there! And my family most certainly would have wanted to kill me.

It’s hard to describe what the food experience was like for me on my trip because it felt like it was changing every thirty seconds… which is pretty much how my recovery process has been going so far. One moment I was totally fine with trying a bite of anything and feeling really confident about it, and the next moment I was completely panicked that the food I was eating was going to send me into gastrointestinal disaster and that my stomach would be in pain for the rest of my trip.

All in all, I would say my positive thoughts won out over the negative. I faced a ton of foods that I never thought I would allow myself to eat again as long as I lived… including dairy (gelato!!!! And a bit of cheese… yum!), chicken, certain desserts with refined sugar (they’re fine in moderation), and a few bites of pasta and pizza here and there. It may not sound like a huge fete to you totally normal eaters out there, but for me this was HUGE. If I had a dollar for the amount of times I said to my mom, “I can’t believe I just ate cheese and I feel totally fine” on our trip, I would be exceptionally rich.

I definitely had my down moments – like when I woke up each morning feeling a little queasy because of all the new foods I was trying and because I was eating much later and larger quantities than usual, and when I started envisioning myself gaining a million pounds because of said new foods… but I kept telling myself that there was no reason to panic. I was living in each moment, breathing, and allowing myself to indulge in the delicious cuisine of Italy and France without totally panicking. This was a win for me.

Shall we recap a few especially memorable meals? Yes, yes we shall! I’ve also added in a few things that I admired from afar but didn’t eat—you haven’t fully experienced Europe if you haven’t ogled the shit out of their food!

What I Ate in Italia:

Sorrento is the town of limoncello! They are known for their extraordinarily large lemons, fresh fruit and of course mixing said lemons and fruit with alcohol.. Look at these babies!!!

One thing I didn’t get so comfortable with on the trip was drinking very much alcohol, but I’m realizing that is becoming more of a personal preference than an orthorexic tendency. So, whenever we stopped for a drink, I had some sparkling water with lime or a fresh Arnold Palmer. Yeah, I’m a five year old. So what? Yummy sparkling water with lemon overlooking the gorgeous Capri.

I had the most amazingly delicious chicken salad in Capri. One thing I noticed in Italy is that the food is so unbelievably fresh that it is much less likely to bother my stomach than our pesky processed American food. The salad was extremely fresh and had a yummy and light citrus dressing. Barely even visible – my favorite kind! And the chicken was tender and not dry at all. One of my favorite meals on the trip, actually! I like to keep it simple.

Does gelato need an explanation?

We were on a fabulous cruise ship that had pretty delicious food. The breakfasts were all heavenly (can you say oatmeal + dried fruit + fresh fruit + eggs?!?! I was on cloud nine), and the dinners were pretty good. Lots of salmon and chicken for me, and a couple of outrageously good desserts.

And when I say outrageously good desserts, I mean an abundance of decadent chocolate cake.

The ship also had FRESH JUICES! This was a carrot, ginger, watermelon, pineapple, apple creation. A little fruity for my taste… but anything ginger and I’m in.

Should I channel my inner Italian and call it Sardegna? Say that phonetically and you might just l-o-l. Or maybe that’s just my jet lag speaking. More gelato…. Mmmm. We had a beach day here, and it was glorious!

Yes!!! I was waiting for the food in Florence. Or really, you can say I’d been waiting for the last few years… Florence food is my everything. I was a little nervous to try a full on pasta (I still have an extremely sensitive stomach, after all!) so I ordered chicken with roasted potatoes. It also came with mashed potatoes, and I wasn’t complaining…

My mom got this spaghetti carbonara and I had a few bites. REALLY good. Really rich. My tummy would have flipped over into a new universe if I had eaten very much of it.

Gelato. We had to.

You can’t go to France and not have macaroons! I mean, that might actually be a sin. Another food I thought I’d never allow myself to eat again for many reasons. But they were sooo yummy. I was particularly proud of myself for trying these!

To be honest, I struggled a bit in St. Tropez. The rich foods were finally catching up to me and I wasn’t feeling my best. I was starting to panic a little about the nauseous feeling creeping up on me and also about coming back to the states and getting back into my routine. I tried a chicken crepe though, and even though it was super oily so I only ate a bit of it, I’m glad I tried it and I felt pretty decent afterward!

And nowwww it’s back to the good ol’ U S of A to get back in the swing of my regular routine. Just moved into my La-La Land apartment and was lucky enough to receive a 5-day cleanse from my babe Sophie at Philosophie. I am not doing the cleanse full out… I have had enough cleanses this year to last me well into my nineties, but I am incorporating her juices, smoothies and soups into my daily meals and they are soooo delicious. I am feeling cleaner already.

Thoughts on my Euro eats?! What are your favorite vacation indulgences? 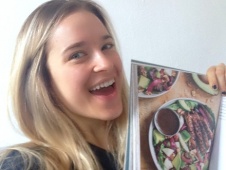 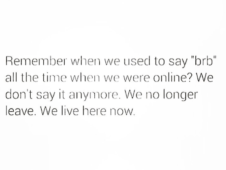 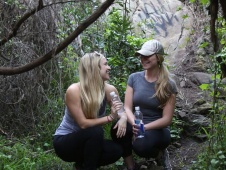 My Apartment Makeover || Creating Space for What Really Matters 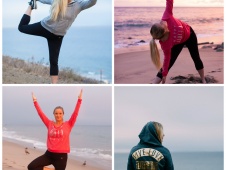