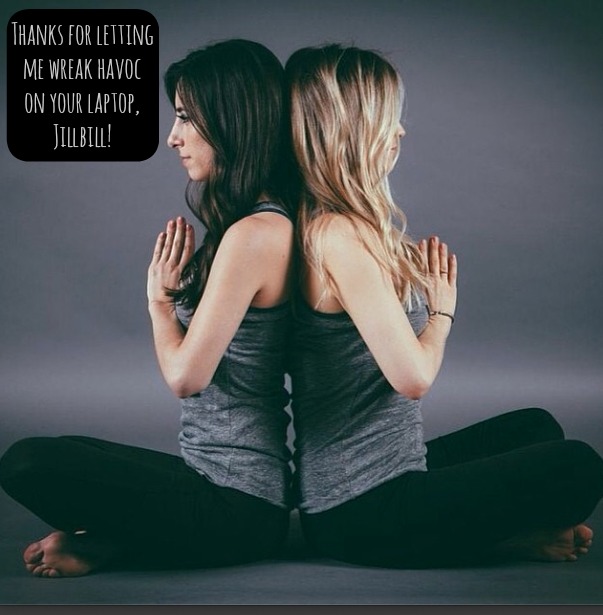 Hi, babes! Today’s Things I’m Loving Lately has a bit of a theme, because I have a whole new appreciation for the small things ever since a very unlucky day I experienced on Tuesday.

Have you ever seen the previews for that kid’s movie “Alexander and the Terrible, Horrible, No Good, Very Bad Day?” with Steve Carrell, Jennifer Garner, Bella Thorne, etc.? It’s basically a wildly unrealistic comedy about everything going wrong in a day. I’m pretty sure the family even gets attacked by alligators at one point. I experienced this kind of day to a certain degree on Tuesday (minus the alligators)… to the point where the things going wrong actually started to feel like a joke because the day already seemed so cursed.

Generally I have pretty good luck (actually I usually have weirdly good luck, and people comment about it to me all the time!) so this was new for me. But instead of panicking and losing my shit, like I realllly, really wanted to, I hung tight and tried to see the good in all of it. I think the best thing that came from the day was the fact that I gained a new appreciation for things going right, and the little things that helped make my day bad instead of horrible.

Just to give you a brief overview, I woke up at 6:30a.m. for a 7:15 yoga class and when I arrived I found out the class was on Mondays and Wednesdays… not Tuesdays. I tried to see the bright side, which was that I was up super early and could get a lot of work done. Came home to my apartment and realized I had left my computer in Benicia (Northern California. 6 hours away from here) in my friend Danielle’s car.

I was lucky enough to borrow my BFF Jill’s laptop because she also has a work computer that she was going to be using all day. Used it for a few hours, downloaded a new version of Safari so I could edit some blog pics, and then her Safari browser crashed. Crashed! With a huge “no smoking” sign through it.

Was on the phone with Apple Care for over an hour, drove to the Apple Store to get it resolved, tried to get gas on the way and learned that my debit card was shut off because it was wrongly reported missing, took the wrong exit and sat in traffic for an hour, couldn’t get an Apple Store appointment until the next day, was told there was no way to fix it without buying an $80 hard drive…. And here’s where the THINGS I’M LOVING LATELY comes in:

This one is seriously underrated. Plenty of people in the world are kind, right? Well, yes, but its not every day you stumble across someone who’s willing to help you when you’re in need if they aren’t directly benefitting from it. This is what happened to me at the Apple Store. I went in there, near tears because I was pretty sure I’d seriously ruined Jill’s computer, and the greeter at the Apple Store told me there were no Genius Bar appointments until the next day. I frantically put the laptop down and started asking him if he’d ever seen the huge x-mark through the Safari browser before, and of course being an Apple kinda dude, he had. He kindly stepped away from his position greeting people at the front of the store to help me for the better half of an hour to try a whole bunch of things and then download Chrome so that at least the computer would have an Internet browser.

So, pretty much, he gave me Genius Bar treatment without actually being a Genius Bar technician. And I am forever grateful. And obviously I bought a really cute thumb drive from him so at least he could benefit in some way from helping me so kindly.

Another underrated thing. When you’re surrounded by your BFFs day in and day out, you don’t really give a whole lot of thought to how awesome they are. Well, when I called Danielle at 7:15a.m. and started flipping out about how I left my computer in Benicia, she was calm as a cucumber and told me she would take it to UPS the moment she got into work and send it overnight express to me. The girl didn’t even skip a beat! Not even 25 minutes later I got a call from her at the UPS store telling me it was on its way. Then I received it the next morning at 9:30a.m.

And of course there is Jill who let me use her laptop for the day at a millisecond’s notice.

Ummm, can I get a HELL YEAH for all of the awards Breaking Bad won at the Emmys?!?!? The show is outrageously great from the writing to the acting to everything in between. I was so thrilled that my man B. Cranston won his fourth and final Emmy for playing Walter White. And of course good old Jesse & Skyler nabbed the supporting Emmys. Forever sad that the show is over, but so thrilled that they got the awards they deserved. (I have to say though, slightly sad that OITNB was pretty much ignored and didn’t win anything!)

Okay, I literally read this book in one sitting. (Well, two sittings, including a yoga and dinner break, but in such a short amount of time because I could NOT put it down.) I loved every word because it was exactly like reading Lauryn’s award-winning, rockin’ blog except in long form which is extremely cool. With my own book on the horizon, I drew so much inspiration from reading Lauryn’s. She touches on everything from beauty to boys to healthy recipes to workouts to how to avoid “love chub” (love it) and most of all about her philosophy of BALANCE! And you knooow I love that.

She also refers to Flamin’ Hot Cheetos (her guilty pleasure) as “dip shits.” I laughed out loud. (A LOT.)

A quote I especially loved from the book…

You can find info on where to buy the book on The Skinny Confidential. Seriously, don’t miss out.

On the topic of balance, I couldn’t let this one slip by without a mention in this week’s post. For the first time in I do NOT know how long… I feel like I have been eating a completely balanced diet and relearning what it means to listen to my hunger cues. In my orthorexia, I ignored those internal cues for so long I had completely forgotten what it was like to eat until I was full. Instead, I would pretty much starve myself to the point of never being full or satisfying my cravings, or I would eat until way past the point of being full for fear that I wasn’t going to let myself eat enough later.

Over the past week or so, I have made a hugely conscious effort to listen to my body’s internal cues, satisfy my cravings, eat until I am full, not obsess over food when I’m not hungry, not worry about or obsessively plan my next meal, and practice the “Eat to Live” mentality that I so believe in. I guess it’s very much along the lines of Intuitive Eating (which we know a lot about, from our good friend Miss Kelsey Miller.)

Yay for balance! It feels AMAZING to be kind to my body in this way.

Being in the health blog world, I was largely ignorant of fashion blogs until relatively recently. Lately I have been totally obsessed with them, and I have been especially taken by their beautiful aesthetics and gorgeous photography. Oh, and I now have a running list of clothes to buy once I finally get my debit card back. A few of my current favs? Always Judging, Could I Have That?, Gal Meets Glam & Sincerely Jules. (And many, many more!)

Everyone participating in TBV Cleanse in the past few weeks has been totally killing it! I just received this photo from @theminifoodie_ on Instagram of her Nutty Berry Quinoa Oatmeal (from Day 1 of TBV Summer Cleanse)! You can purchase the original cleanse here & the summer cleanse here:

Okay, to be truthful I only had about a bite and a half because I was kind of terrified that the dairy would hurt my tummy, but even ordering this when I went out for dessert the other night was a huge step in the right direction for me in terms of balance. And if I had been hungrier, I would have eaten more. I was trying to listen to my body above all else!

I can’t tell ya why quite yet, but I will be telling you all about it sooner than later. Too. Exciting. For. Words.

I mean, can you blame me? Being close to the water is my lifeblood. Every time I get near the ocean I remember, little by little, why I moved back to LA from NYC.

What are YOU loving lately?!?! Do tell! 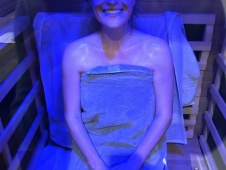 What Month Is It, Again?! 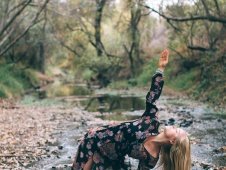 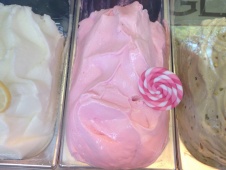 Why I Don’t Agree With “Cheat Meals”