My Definition of Being a BOSS

I have seen a lot of articles floating around the Internet lately about what it means to be a boss. I was particularly inspired by this article on Cup of Jo sent to me be my dear friend Megan — so much bossiness in one place, I couldn’t not share my input. 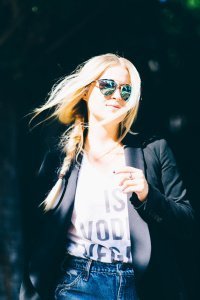 The dictionary definition of “boss” ranges from “a person who employs or superintends workers,” to “a person who makes decisions, exercises authority, dominates,” to “chief; master,” and on and on in a similar fashion. It can even be defined as someone who exercises TOO much authority in an arrogant/aggressive manner.

On UrbanDictionary, boss is defined as “incredibly awesome; miraculous; great,” with synonyms like pimp, beast, amazing, sexy, swag, and bitch. This is the kind of boss we probably think of quite often in our Millennial brains… “Dude, this blog is #BOSS.”

You know you say that ish that you love is boss all the time. Boss kale smoothie. Boss t-shirt. Boss gym bag. Boss chick at the club. (LOL.) I never really say it, I’m more of a “bomb” person myself… But I hear people say it all day long.

There’s obviously the corporate boss, and even that has evolved a lot lately with start ups, blogs, tech, small businesses all over the Internet, apps, etc. I also know plenty of bosses who don’t take any sort of authority or control — they are simply at the head of the company but they have people take care of everything for them / do their dirty work / etc. Nothing wrong with that at ALL, but that’s not the definition of “boss” that I’m going for.

(I’ll get to my definition soon. Promise. Before that…)

There is also the whole #GirlBoss thing, which is a term I’ve grown to fall in love with — but I have read interesting opinions about it on both sides of the spectrum. Create + Cultivate wrote an awesome Eulogy for the Term #GirlBoss, mainly because the term has the potential to make the idea of female bosses cutesy and sweet sounding versus the legit bosses that we are.

I like the term #GirlBoss because to me it doesn’t dumb down the idea of a female boss, but rather brings together the women in the world who are taking the reigns on their own life… Whether they are a BOSS in a corporate setting, or whether they are the BOSS of their own life. Or both, which is also rad AF.

#GirlBoss puts all the women who run sh*t under one umbrella with a super cute word and also a rad “queen” #GirlBoss at the head… Sophia Amoruso.

I love Sophia because she is the perfect example of a girl/woman/lady/awesome human who took control of her own life and become boss. She started from the bottom, found something that fed her soul, and paved the way for herSELF. Now she is the boss of a highly successful, innovative, multimillion dollar company, Nasty Gal, but before that… She simply became the boss of her own life.

Which brings me to MY definition of a boss… Are you ready for it?

noun; a person who takes control of their own life, trusts themselves to pursue what they love, and does so with a unique combination of brains, class, knowledge, creativity and passion.

verb; to take control of your own life and become the boss of what YOU do, starting with your inner self and moving outward to every aspect of your life.

adjective; chief goddess (or just chief, if you’re a dude) of your own life.

YEP. That’s right. You can be a total BOSS without running a company or even having authority over anyone but yourself.

For me, becoming the “boss” of my own life technically did turn into being the boss of my own company, but I wouldn’t call myself a typical or traditional boss in any sense of the word.

I’m a TBB boss. It’s close to a #GirlBoss, but better. I guess I’ll call it a #BalancedBoss. 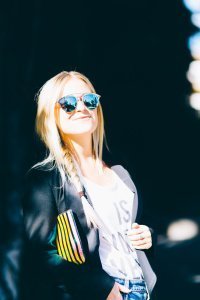 I take the reigns of my own life. I don’t do what other people tell me to do unless I actually want to do it. I go with my gut, I trust my intuition, and I do a lot of personal work on my own happiness and wellbeing every single day so that I can make sure I am always able to tap into my intuition and let it lead the way.

But getting out of our day to day routine for a few to actually DO that, which often includes making really difficult and uncomfortable decisions that take us far out of the bubbles we are used to… That’s called listening to your gut.

That’s called being a boss.

The good news is, you can become a boss overnight if you want to. All you need to do is to WANT it. And you have to really want it — you can’t just half want it but also half hold onto the security of not being a boss at the same time.

You’ve gotta own it.

To be a boss… You have to be BOSSY.

Some people are inherently what I like to call “BOSSY,” which really doesn’t mean anything like the term bossy as in bossing people around like we are used to. It means that you have it in you to be a boss, and it’s not hard for you to believe in yourself to BE that and to work toward what you want.

I have always had that bossiness in me. It doesn’t mean that I have always had the confidence or self-awareness to understand WHAT that bossiness was or that I was allowed to listen to it. It took many years of not listening to it, half-listening to it, half-ignoring it, trying to shove it away to fit in with everyone else and be more like what I felt was “normal,” i.e. not being bossy at all. Just going with the flow… which I’ve always been terrible at.

But who wants to be normal when they can be #BOSSY?

Juggling becoming a boss with phasing out of being a non-boss:

This is probably the part that intimidates people the most. You want to be the boss of your own life, and maybe for you that does include being the boss of your work life and not having to answer to anyone. I meet people every day who say that their main goal is to find what they love career-wise and become their own boss.

So how do you tap into that inner boss while phasing out of doing things that please others but don’t fill your soul?

Start tapping into what YOU want. What makes you feel most alive? What are you most passionate about? What could you talk about for days / weeks / years on end without getting bored? If nothing comes to mind, try some new things that you think you might like… And then fill your time with MORE of that, and LESS of what you don’t like.

For me, I stopped going out at night when I didn’t feel like it. I stopped saying “yes” to plans all the time because I felt like I had to. I stopped trying to juggle WAY too much so that I could focus on what I actually wanted to do with my life.

I also stopped saying “no” to things that scared me — I signed up for a marathon, I wrote a book, I left grad school, I cut a few people out of my life, I broke veganism, I did things that terrified the crap out of me because that’s what I needed to tap into MY gut and to live life on MY terms.

And guess what? Now I feel more bossy than ever. I am the “boss” of my own life in every sense…

Thoughts? Bosses out there? #GirlBosses, #DudeBosses, #BalancedBosses, #CorporateBosses… ANY bosses — what do you think?! Who’s with me? It’s fun taking the reigns of your own life. Scary, different, challenging, and ever so fun. 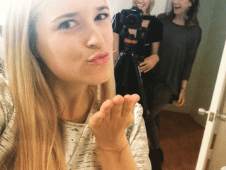 I Refuse to Get Sick… Who’s With Me?