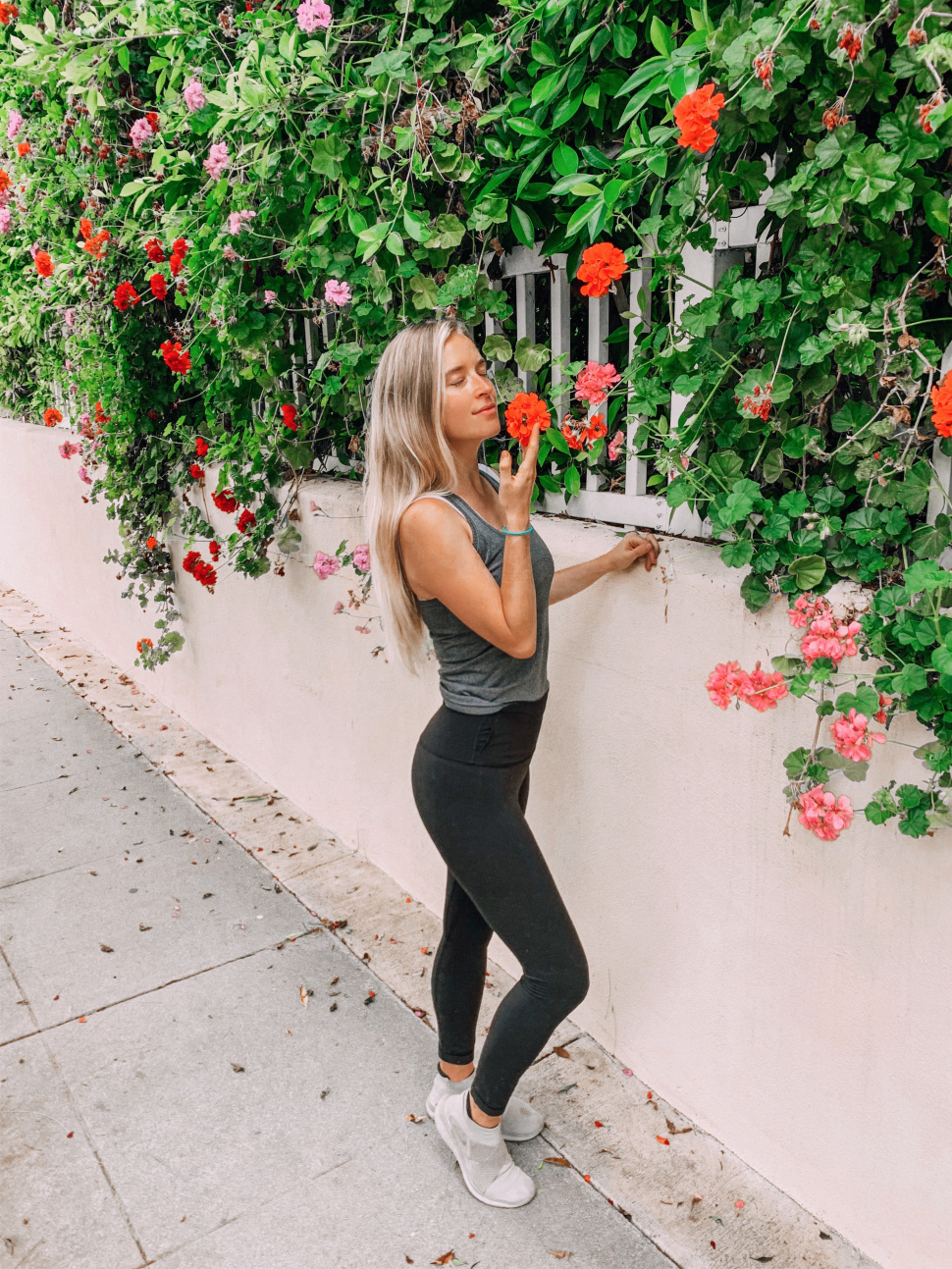 My loves! This week has been a huge milestone and has me walking down memory lane big time, with my 200th episode of the podcast coming out on Wednesday – which means it’s been FOUR YEARS of podcasting! Like WHAAAAAT?

I feel like I started the podcast yesterday! But it has been almost four full years. I remember when I decided to start it, so many people said to me, “You don’t have time to start something new. You barely have time to juggle all that you do now!”

And I remember thinking… I will have time for whatever I want to make time for. I am doing this. (Sidenote: Don’t ever tell a Libra she doesn’t have time for something. She will MAKE time and she will make it her damn mission to make all of the time in the world.)

There were other similar hesitations from people around me, but most of the questions I got were, “What IS a podcast and how can I listen to one?!” because believe it or not four years ago was still very early in the podcast space — which seems wild because podcasts are such an integral part of so many of our lives now.

In fact, I posted on my Snapchat in October 2016 a photo of myself asking, “Would you guys rather me start a podcast or get back into YouTube?!” and the votes were overwhelmingly for PODCAST! And I so, so remember after I posted my first episode, with my BFF & Founder of Liquid I.V. Brandin Cohen as the guest, seeing you guys tag me on Snapchat saying you were listening. I couldn’t believe my eyes — it was a brand new way of connecting with you guys and probably very likely the first time many of you even heard my voice out loud.

I screen shotted EVERY photo I got of you guys listening on Snapchat and saved them. I think this was even before Instagram stories were a thing! Not to mention, at that time I was fully editing my own podcast. I recorded in Garageband and would spend HOURS (18+ hours in some cases) editing the vocals to make them sound even halfway decent, without having any background or knowledge about audio editing. (#stilldont, lol).

Thank goodness after five episodes, an amazing human named Cody emailed me and said his wife, Nina, had been listening to my podcast in the car and he noticed I could use some help with my audio. He edited a few of my existing episodes for me, and it was a no brainer from there to hire him and his team to start editing and producing for me. I have now been with them for almost four years, and I am SO grateful for our work together and their audio and production wizardry. Now I can focus on simply recording the episode… what I do best, lol… and they do the rest.

The very beginning of the podcast was a thrilling time. First I had Brandin on, and on the second episode I had my mom. It was SO exciting to me to share more about my life with you guys, talking to my mama about her life and asking her questions about my childhood. It was like after three and a half years of blogging you guys were finally getting to know ME off of the screen and outside of just writing. It was the BEST feeling in the world.

After that I had more friends on the show — some of my early guests were my good friends & fellow bloggers Sophie Jaffe, Kelly Leveque, Rachel Mansfield, Danika Brysha, Jeannette Ogden, and people I had idolized for years like yogi and entrepreneur Kathryn Budig.

My 11th guest was Jonathan Albrecht, my then friend and now HUSBAND, and well… let’s just say the chemistry was there all along. People who listened to that ep said that they felt like they were listening in on a private date, LOL. And we started dating only a couple of days later. SO that was the first of many pivotal things in my life that have happened on this very special podcast!

After 31 episodes, I decided to record my first solo episode. I remember it like it was yesterday. I was sitting on the ground against my huge windowsill in my old one bedroom apartment where I lived with just Huddy, and spontaneously decided to record an episode about trauma. It is episode 32 if anyone would like to go back and listen. 😉

The words POURED out of me. For the first time ever I shared all the details with you guys about a pivotal experience and relationship in my life that was both traumatic and has everything to do with who I am today. It felt like, after sharing that story, I could finally breathe again. It might sound wild but I re-listened to that episode after it came out once or twice a day for weeks, maybe even months. It’s like hearing myself talk about it worked out so many things for me about that traumatic experience that I had never even realized. Talking about it and hearing from so many of you who had been through something similar HEALED me in a way I didn’t even know I needed.

The best part was you guys were getting to know me in a deeply intimate way. I feel like that’s when TBB Tribe / TBB Family really BEGAN, because our community was taken off of just the screen/blog/Instagram and put into a place where it was like we were really chatting. Plus, we started the Soul on Fire Podcast Tribe on FB shortly after the pod began which will forever be a special group of humans.

Another incredible thing that has happened because of the podcast is the spiritual awakening journey I have been on. I vividly remember my agent Sarah texting me and asking if I would like to have a psychic medium on the show who was another client of hers, and I was immediately intrigued. Her name was MaryAnn DiMarco, and if you guys listen to the show, you know that now MaryAnn is like a spiritual mama and EXTREMELY close mentor and friend in my life. I go to her for everything (literally, everything) now and she sparked my own psychic awakening journey.

From there, I had on crystal healers, reiki masters, more mediums, past life regression therapists, alien channelers, energy alchemists, kundalini masters, astrologists, Human Design chart readers, THE LIST GOES ON !! My life CHANGED, you guys, because of the podcast and I will forever be so grateful. I have been able to meet some of the most incredible people I have ever come across due to the podcast, and my own spiritual journey is forever unfolding with each person I get to meet.

I have also met some of my life IDOLS and had the chance to interview them for the podcast, from the Medical Medium to Gabby Bernstein to Trevor Hall, to people who inspire hundreds of thousands like Melissa Wood, Ruthie Lindsey, Peter Crone, Lo Bosworth, Danielle Bernstein, Rachel Ricketts, & Jessica Olie.

I have met some of my CLOSEST FRIENDS by interviewing them for the podcast- like Jenna Zoe (Human Design goddess!), Kelsey Patel (who officiated our wedding!), Kenzie Burke, Krista Williams, MaryAnn of course, Bree Melanson, Khalil Rafati, Shaman Durek, the list goes on.

We have covered so many important topics on the show from addiction, to recovery, to racism, to spiritual awakenings, to sexual identity, religious identity,  and beyond. It has been nothing short of an honor and a privilege to have these conversations and to share them with you guys.

In short, THANK YOU FOR LISTENING! I am forever changed because of this show and I absolutely cannot wait to keep it going… for as long as you’ll have me! I am THRILLED for episode 201 to come out next week (my angel number), even though we had a very annoying mishap happen with it this week so we have to record it again — but hey, when you podcast you are working with technology and sometimes shit happens. 😂

ANYWAY, I would love to hear your thoughts! Your favorite episodes / guests? How long have you been listening? How did you find the show? Love you guys so much, and forever grateful for our extremely special community and bond. Cannot wait to see where the show goes over the next 200 episodes & beyond! XO 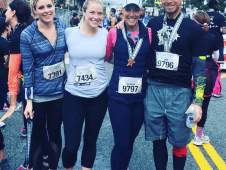 Soup Cleanses vs. Juice Cleanses: Why I Will Do One & Not the Other 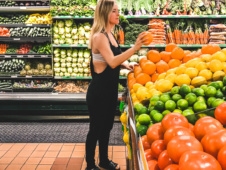 Going Intuitively Plant-Based Without Being Too Restrictive 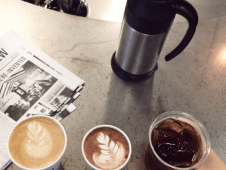 How to Order at Coffee Shops When You have Acid Reflux 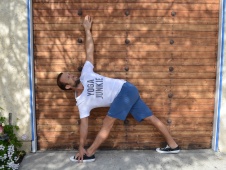