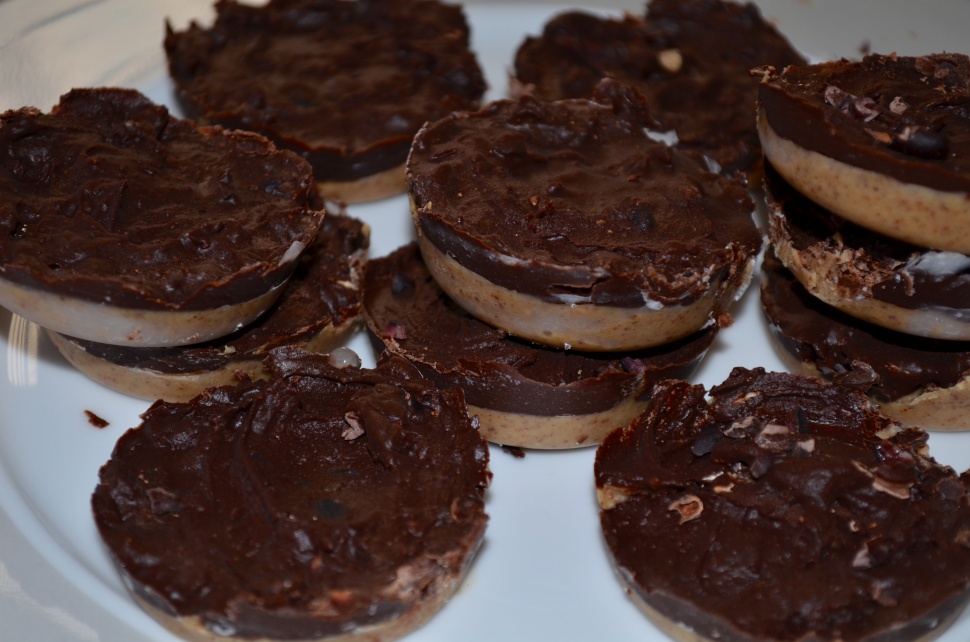 Seeing as I inhale chocolate like it’s my job to do so, I thought I would try out these raw chocolate peanut butter cups I had seen everyone raving about. It’s no secret that Reese’s peanut butter cups are freaking amazing, but they are full of fat, processed milk and deadly chemical preservatives (can you even attempt to pronounce tertiary butyl hydroquinone? Didn’t think so). Well, thank god I tried these, because they turned out to be HEAVENLY. I used Loving Earth’s recipe and tweaked it a bit to (duh) add even more chocolatey-nutty-buttery-ness.

The best thing about these bad boys is that they can be stored in the freezer for basically as long as you’d like (if they can even make it without being in your belly for that long). AND because of the combo of ingredients, the freezer doesn’t make them rock solid icy chunks of broken teeth waiting to happen, like many other frozen desserts.

Another awesome thing about these fantastic little creations is that they really don’t taste “healthy” per say, because the chocolate chunks combined with the creamy texture of the nut butter and coconut oil make for a delectable layering of flavor that leaves you feeling oh so satisfied. And because they are COLD they are especially yummy. For sure better than the OG Reese’s you maniacally dug for in your bags of Halloween candy (…or was that just me?).

I know you’re ready for the recipe, so I’ll stop rambling. Here it is:

And as Alicia Silverstone, one of my favorite vegan celebs, says, “I dare you not to love them!” But that’s not fair for me to say in this case… because that’s a bet I know I’ll win. 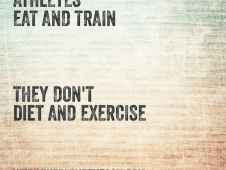 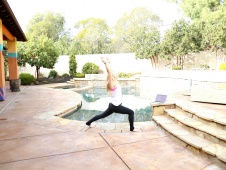 The Perfect New Years Challenge to Find Balance & Get Fit 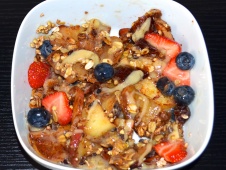 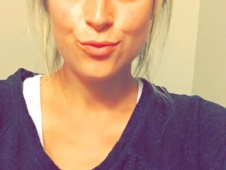