Has anyone ever heard of “VB6”? It’s a book written by food writer Mark Bittman about his journey into the world of being vegan before 6:00 p.m. Six years ago, overweight and pre-diabetic, he was faced with the issue of adopting a vegan diet or going on medication. He adopted this plan because it seemed the most realistic to him and his lifestyle, and he saw swift and remarkable results.

I had a non-vegan friend come visit me in NYC this weekend, and she was totally game to try out being vegan… before 6. This was really exciting for me, because most of the time when I have a visitor I end up going to all of the standard New York foodie hotspots with them, settling for salads without dressing, and mainly living off of power bars while we tour the city.

This, however, was an adventure for both of us. My friend, let’s call her B, usually drinks a gallon of milk a day, grubs on eggs for breakfast and eats lots and lots of meat. She usually avoids carbs, so initially my fruit smoothies scared her a little bit. But quickly we fell into a groove of yummy smoothie/oat breakfasts, fun lunch spot finds, veg snacks and desserts, annnddd she even ate a vegan dinner once or twice (score!!).

I thought it would be cool to write this post because VB6 is a fun way to make everyone happy when we vegans are hanging with non-vegans. B is still a health nut, so she was easier than most, but it was refreshing to explore veganism with someone who was new to it and was just trying it out for a change of pace (or to be a nice friend… whichever way the cookie crumbles). She even got ME to try vegan foods I had never tried before – seitan sandwiches. A new fav.

So here is my little comprehensive guide to VB6-ness…

In the mornings I made us smoothies or layered oats with a smoothie. B thought I was kiiiinda crazy for being such a fruit fiend, but in the end I think she secretly liked it. The first smoothie I made was a Strawberry Banana Icy Hot over Chocolate Walnut Oats. We dubbed it the “Icy Hot” because the oats make the bottom of the jar warm while the top of the jar is nice and cold from the smoothie. You know I’m all about balance and variation in my food, so I am a huge fan of that combo.

The Strawberry Banana Icy Hot calls for 1 cup of oats blended with 1 tablespoon raw cacao powder and one handful of crumbled walnuts for the oat section, and 2 very ripe bananas, 6 strawberries, 2 dates, 1 tablespoon of almond butter, ½ tablespoon maca powder, ½ cup almond milk and 1 handful of ice for the smoothie section. Split the oats into halves and pour into jars, then top with the smoothie.  I topped ours off with a nutty granola.

The morning before B left I thought it was about time she try a green smoothie, so I threw together a variation of my signature Blonde Vegan smoothie and topped it with some granola. (I’ve been a granola addict lately. It’s a problem.) This green smoothie has 2 large bunches of kale, 1.5 ripe bananas, 3 kiwis, 1 tablespoon almond butter, ½ tablespoon maca powder, ½ tablespoon spirulina, a couple good shakes of cinnamon, ½ cup almond milk and a handful of ice.

And even though it was bright green… she was a fan!

As far as lunches went, she was a really good sport trekking around to my favorite all vegan restaurants. We went to Peacefood Café (a few times!), Candle Café, Hu Kitchen (smoothies and “mashups” pictured below), Gustorganics, Chickpea and Olive at the Brooklyn Flea Market, annndd we tried to go to Jivamuktea but it was closed because of Labor Day.

B became a seitan sandwich aficionado, and even proclaimed the one from Candle Café one of the best sandwiches she’s ever had. I tried it too, and it was ridiculously delicious. Kind of like a buffalo chicken sandwich except way better. The flavors were outstanding.

One night we made a late night vegan dessert smoothie – banana, blueberry, dates & coconut almond butter… yum! And during the day I got her to try almond yogurt, my favorite cacao crunch cereal (what up Whole Foods), dried figs and a few other vegan snackaroos. We also ate a lot of pickles (say hi to my roomie Katie).

If going fully vegan is intimidating to you, or if you have friends who want to try the vegan lifestyle but know they aren’t interested in fully committing, VB6 is the way to go. We even got creative with it and swapped a vegan lunch for a vegan dinner one night. It’s similar to the suggestion I give to eat vegan during the week and eating whatever you want on the weekends for people who want a change but don’t want to delve all the way.

Regardless, eating vegan and free of processed food makes you more aware of what you’re putting into your body, which is what we are all looking to do… Right?! Plus, it’s always fun to try something new.  I don’t know if my next NYC visitors will be down for the VB6 challenge, but it was a cool thing to be a part of and an easy way to make everybody happy food-wise. 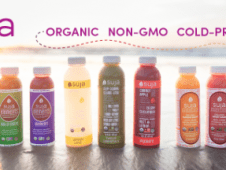 So, I’ve Been Crying Happy Tears All Day Because… 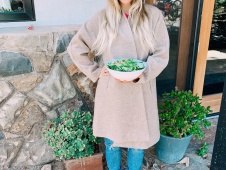 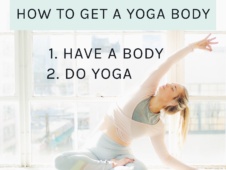 Start Your Yoga Journey & Set Your Soul on FIII-YAHHH