This has been a very exciting week for me: not only did the first round of The Blonde Vegan Cleanse take place, but this week was my one-year vegan anniversary! My journey as a vegan over the last year has been somewhat of a wild ride. It all began with a 5-day cleanse the first week of 2013 which lead me to the realization that my stomach problems ceased to exist when I ate an entirely plant-based diet.

I lost weight, felt lighter and more energized than I had ever felt, I was sleeping better, my stomach was calm and content, and I felt amazing about the choices I was making for myself, for the environment and for the animals. I fell in love with the lifestyle, and I fell hard.

By late January 2013 I started making green smoothies every morning and stuck rigidly to my berries and kale salad for lunch everyday. I had roasted veggies for dinner and I snacked on nuts and fruits. For dessert I had a banana with almond butter or some berries with raw, all-natural honey. I was strict about my meal plan and continued it well into the summertime.

I started The Blonde Vegan Instagram in June, developed the blog in July, launched the blog in August and discovered amazing healthy/vegan communities in both Los Angeles and New York. I found myself writing freelance articles about all things veganism, working on the blog day and night, creating The Blonde Vegan Cleanse Program, reaching out to other bloggers and surrounding myself with like-minded healthy individuals. (Like this awesome interview I did in November with Cassandra Bodzak of Go Sweet & Skinny!)

I always saw myself as a novelist (and I am still in graduate school getting my Creative Writing M.F.A) and couldn’t imagine any life outside of the writer’s life, but over the months it became clear to me that health was a huge part of my path and I needed to pursue what that entailed in every way possible. See what I mean? I fell hard.

^ Back when I was still a California girl and life was oh so simple and yoga-tastic.

Fast forward to August (around the time I moved to NYC) – this is when my love affair with veganism turned a bit rocky. I was in a new place and I found myself out of my routine. I was living in a new environment and was not nearly as strict about my homemade vegan meals.

I started eating out more, allowing myself to indulge in saucier, sweeter and more “normal” meals. I was still eating vegan, but not entirely plant-based. I tried to convince myself that I “deserved to live a little” and needed to stop being so rigid about the way that I was eating.

That was a bad idea. By October, I could no longer feel the ecstasy of my awesome vegan high that carried me through most of 2013. I started feeling very out of balance which made me doubt my vegan lifestyle altogether.

I got desperate to feel balanced again, so I tried juice cleanses (you probably remember my obsession with them all throughout the fall), I tried eliminating sugar (worked for a few days at a time but was never fully sustainable), and I tried going back to the basics and subsisting on purely raw fruits and veggies. The raw foods diet helped, but I found myself doing it half-heartedly and with a slight sense of panic that I was never going to return to my beloved balanced state. The juice cleanses helped immeasurably, but after reintroducing solid food back into my diet I always ended up feeling sluggish and nauseated again.

During that time I turned the idea over in my head of reintroducing fish and/or eggs back into my diet for some extra protein and to perhaps “kick” me back into balance. This was a low point for me, because I was too in love with veganism to give it up (I have built a whole lifestyle around it, for god’s sake) and I didn’t know whether reintroducing more foods into my diet would make my stomach problems better or worse.

I tried a few bites of shrimp one night in October with my family and a few months later I had a few bites of salmon – another desperate attempt to find a “quick fix” that would reset my body back into a state of balance. I didn’t feel particularly awful about it, but I didn’t feel great about it either. Both times trying fish reaffirmed to me that it wasn’t what I was missing in my life and instead I needed to search inward to find the root of the problem.

Several weeks ago I broke down to my mom about how unfair I felt that it was that I was dealt these strange, un-diagnosable stomach problems. I dedicate a huge amount of energy to my health and what I eat, yet if I am not extremely rigid about when I eat / how much I eat at once / maintaining an entirely plant-based diet with no falters, the discipline feels like it is for nothing. It can be very discouraging and upsetting.

However… I decided to continue forward and finish out the year as a plant-based vegan, knowing that my 5-day cleanse was coming up and hoping that that might be the reset that I needed to find my balance again.

The first day of the cleanse was a struggle for me. I felt low energy, irritable and super hungry all day. In retrospect I should have seen this as a good thing, because it meant that my body was detoxing and that this really was the restart that I needed.

I pushed forward and snacked on fruits and nuts in between plant-based meals, juices and smoothies. By the end of the day I felt a lot better, but the real change came the following morning. I woke up feeling incredible. My stomach felt calm, settled and BALANCED for the first time in several months. The best part about it was that the feeling felt entirely sustainable since the calmness in my stomach didn’t come from starving myself on a juice fast or from not eating dinner (which I frequently had to do over the last few months with my tummy problems).

The cleanse ended yesterday, so I reintroduced quinoa and gluten-free oats back into my diet today. I feel recharged, relieved and so grateful for this amazing healthy community that continued to inspire me throughout the difficult few months that I had.

I didn’t share my concerns on TBV because I didn’t want to discourage others who had found solace in living a plant-based lifestyle, but eventually I knew I would come clean about my struggle in hopes that people who experience similar stomach problems can learn from my experience.

So, to condense what I am trying to say, here is what I have learned over the last year about what makes my body function the best…

What I Have Learned:

1. Eating vegan is not always synonymous with eating clean, plant-based and 100% healthy.

2. In order to maintain the benefits plant-based veganism has provided for me, I need to cut out oil, refined sugar, and all processed foods.

3. I need to cut back on but not entirely eliminate soy products, high-glycemic healthy foods like dried fruit (I went on a major date, dried fig and raisin overload this fall) and healthy vegan desserts (too much coconut oil doesn’t do great things for me).

4. I need to eat several small meals throughout the day so that my stomach doesn’t have to digest too much at once, and so I never get too full.

5. I am obsessed with green smoothies (surprise, surprise), but too much fruit throughout the day can become a sugar overload. I have learned to limit myself to one fruit-filled smoothie per day if I still want to snack on fruit and have berries in my salads!

6. The dinners that leave me feeling my best are roasted veggies with a grain like quinoa or brown rice, and sometimes a legume like black beans or lentils.

7. The midday snacks that leave me feeling my best are fruits, green juices, lemon/cayenne juices and nuts.

8. Eating too late messes up my stomach and I will wake up feeling yucky and bloated no matter how healthy it is. I try to eat dinner no later than 7 p.m. but preferably closer to 6!

9. Soups made purely out of veggies, water and spices work wonders for my stomach.

10. The best dessert of all time is a frozen banana blended with raw almond butter, cacao powder and cinnamon.

12. Exercise is KEY to feeling amazing. Just healthy eating alone does not cut it. A combo of yoga, running, weights and different types of cardio is definitely what I need to help keep me feeling my best. **Shout out to the very fit, young & awesome trainer Robert Linkul and to the lovely Sarah Boggs for reminding me what it’s like to have a well-rounded (and kick ass) workout routine since I’ve been home these last few weeks. I need to get used to doing more than just yoga on a regular basis. I feel stronger already, and it’s an incredible feeling.

13. I can always find balance again, even when I feel like all hope is lost. All it takes is some self control and the power of fruits and veggies.

I know there will be days, weeks and probably even months in my future where I will “fall off the plant-based wagon” and have to reel myself back in to find my state of balance again, but for now I am ever so grateful to be exactly where I am.

The truth is that we as people are ever-evolving individuals – physically, mentally and spiritually – and the best thing we can do for ourselves is pay attention to our bodies to learn how they function best. My list of what I learned might sound excessively detailed or maybe even obsessive to a point, but those are the things I have had to learn to pay attention to in order to live a healthy, balanced and fulfilling life. 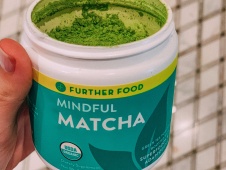 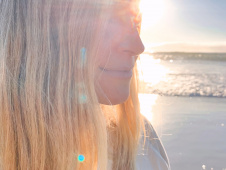 ✨ the great conjunction ✨ what is it? how to prepare? let’s harness that portal energy! ✨ 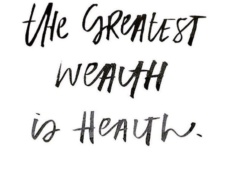 The Latest In My Health & Functional Medicine Journey…!