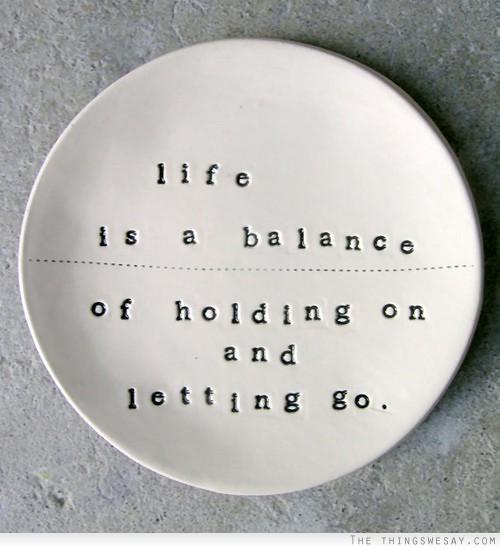 Don’t kill me, but I ate a Quest bar this week for the first time. Yeah, a Quest bar. It has dairy in it, I know. I’m doing wild things up in here now that I’ve begun letting go of my long-held restrictions.

A few months ago I would have scoffed at the idea of eating a Quest bar. “Whey protein?” “IMO fiber?” “Erythritol?” No, no, and no. You know me, on a constant quest (no pun intended) for the healthiest, cleanest and most unprocessed foods possible. But when that quest lead me to becoming orthorexic and completely obsessing over “bad” and “good” foods, I knew it was time to get a grip… and try some new things.

And even a few weeks ago I would have flipped if someone told me that I was going to try something with dairy in it. When I started switching up my diet and transitioning away from full veganism, initially I thought that was going to mean incorporating wild fish and free-range eggs into my diet a couple of times per week. But since I’ve started down this road of non-restriction, my body is craving more and more protein, and I am trying to listen to it.

And it’s frickin’ liberating to see food as a means of enjoyment versus large categories of it being totally off limits.

I’m certainly not saying that turning to processed crap is the answer. (For the record, Quest bars are not processed crap.) My belief that dairy was the devil and it was going to make me sick, make me gain ten pounds, make me break out and cause my world to come crashing down as I knew it was really silly, and was really messing with me in a not-so-fun psychological way.

There are still many types of dairy I am not ready to try, and I may or may not ever reincorporate them back into my life. I know that ice cream, dairy creamers, sour cream, cheese and yogurt (yes, even Greek yogurt! Perhaps especially Greek yogurt in my case) don’t work well with my system, and they are often processed to the point of no return.

Reintroducing clean non-vegan foods into my life has been a new venture, and in a way it’s been kind of thrilling. It’s still a shock to me every time I realize, “wait, I can eat that… it’s not off limits anymore,” and it still fills me with a lot of anxiety but it’s a major step in the right direction. It’s been fun experimenting, too – it’s like waking up from a really, really long timeout.

I certainly haven’t forgotten my health principles. Clean, real, whole food from the earth is where it’s at. That’s what so much of my diet consists of. But when it comes to treating myself… I’m trying not to make anything “off limits.” Whereas before my go-to treat was always a raw dessert, because I could be positive that nothing processed was included in it, I am now stepping out of the “raw dessert ONLY” restrictive umbrella I had put over myself.

Raw desserts are frequently made with nuts, dates, agave/maple syrup, coconut oil, coconut butter, sometimes fruit and lots of superfood powders like cacao, maca, spirulina and mesquite. For someone like me with a super sensitive tummy… having a dessert heavy in fats (even natural fats!) didn’t always feel so great. They can be very heavy and after a while even the best ones all start to taste very similar to each other.

Of course raw desserts (like my raw chocolate PB cups!!!) are a fabulous alternative to a Twinkie or a buttery donut that’s made of ingredients that would scare your grandmother half to death. But, if you’re not in the mood for something heavy, it’s OKAY to explore other options.

The world will not come crashing down.

So, I went for it. I tried a “Double Chocolate Chunk” Quest bar. I took a bite and at first I was disappointed… it tasted like that chalky protein yuckiness I remembered from those old school protein bars I used to eat when I was young.

But then I remembered I had seen some other health bloggers broil their Quest bars before, so I decided to give it a try. I seriously felt like a little kid using the kitchen for the first time because it had been so long since I used an oven for anything other than roasting vegetables.

After I broiled it I could tell the texture had totally changed, and holy cow was I right. It was SO GOOD— crispy on the outside kind of like a roasted marshmallow (minus the fakeness), and gooey on the inside. And it had chunks of chocolate in it.

And guess what? There’s not a laundry list of unpronounceable shit in it. And the trace amounts of dairy didn’t send me into a gastrointestinal tailspin. I actually felt GOOD after eating it, and surprisingly light. Which was a welcome treat after how I am used to feeling after eating a raw dessert (or a raw bar, like Larabars. Even though Larabars still rock.)

Plus, it has 20 grams of protein in it. And for an active girl like me whose body is desperately craving protein now that I’ve begun allowing new types of it into my diet, eating some extra protein feels really, really good.

So, hey, I’m figuring it out. I realize that some people may want to kill me for this, but this blog remains a spot for total honesty. Right now my main agenda is recovering from my eating disorder, and getting my enjoyment for life and food back without the anxiety of “100% clean, 100% plant-based,” string of dialogue running through my head.

I am still a PLANT-BASED believer, but when I feel like it I can eat however the heck I want. I know enough about food and health to know that I will never start eating processed junk that’s seriously going to mess with me. But for now I’m enjoying some new things that aren’t sweetened with honey and rice syrups and whatnot… because that stuff was hurting my tummy even though it’s “clean” and healthier than some alternatives.

And look… I’m getting over this eating disorder hurdle one step at a time. And that feels amazingly good.

What are your thoughts on small amounts of dairy? Anyone like/dislike Quest bars? What flavor should I try next?! 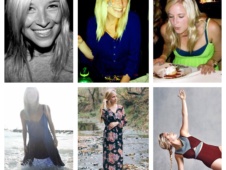 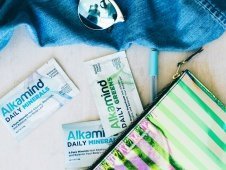 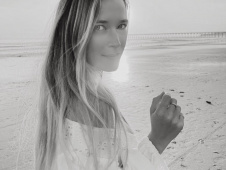 Taking A Stand Against the Media Tearing Down Women