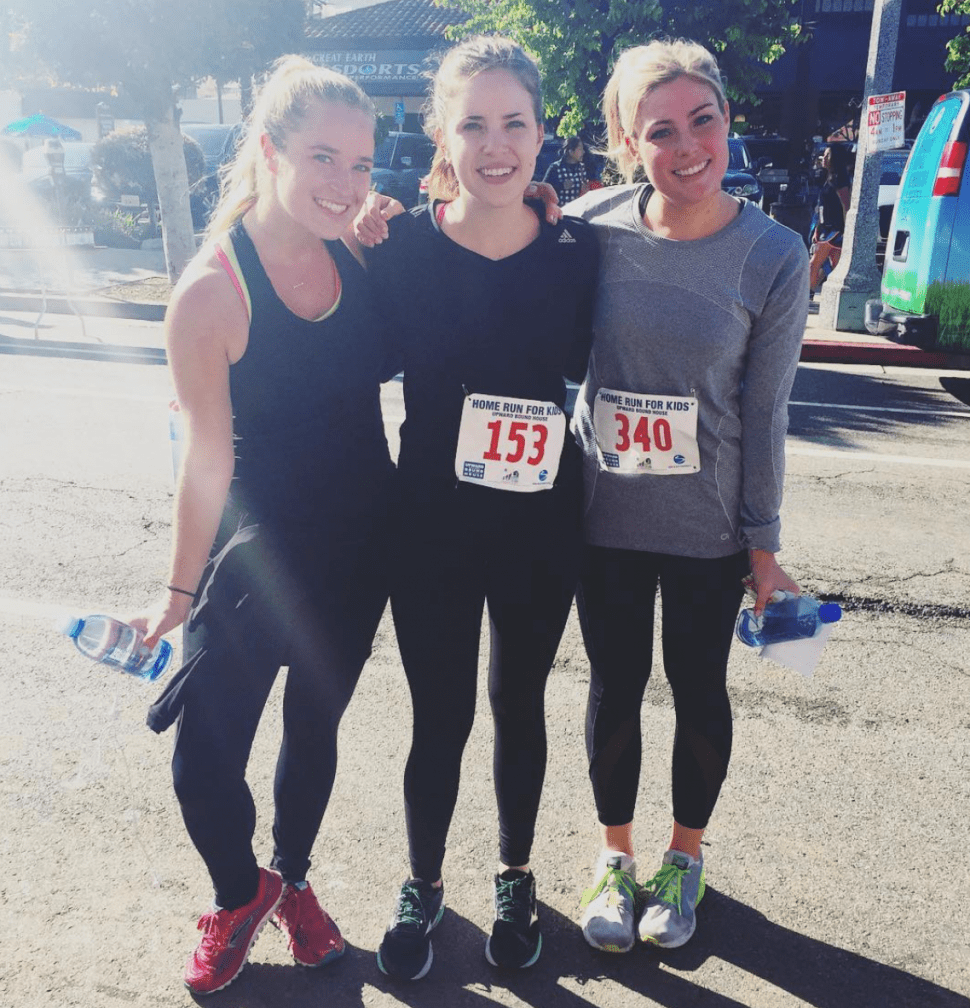 In case you were wondering, my running journey didn’t stop at the LA Marathon. The marathon training & race itself was the beginning of a journey that I know is going to remain such a big part of my life from here forward. Running has turned into a therapeutic outlet for me — something I really would not have guessed over a year ago — and the act of running is starting to become something I crave, look forward to, and need in order to keep my head on straight and b-r-e-a-t-h-e.

( Yes, my anxiety has been through the roof lately, so I really do mean it when I say I need it. That’s another story for a different day… If you want to hear it ) 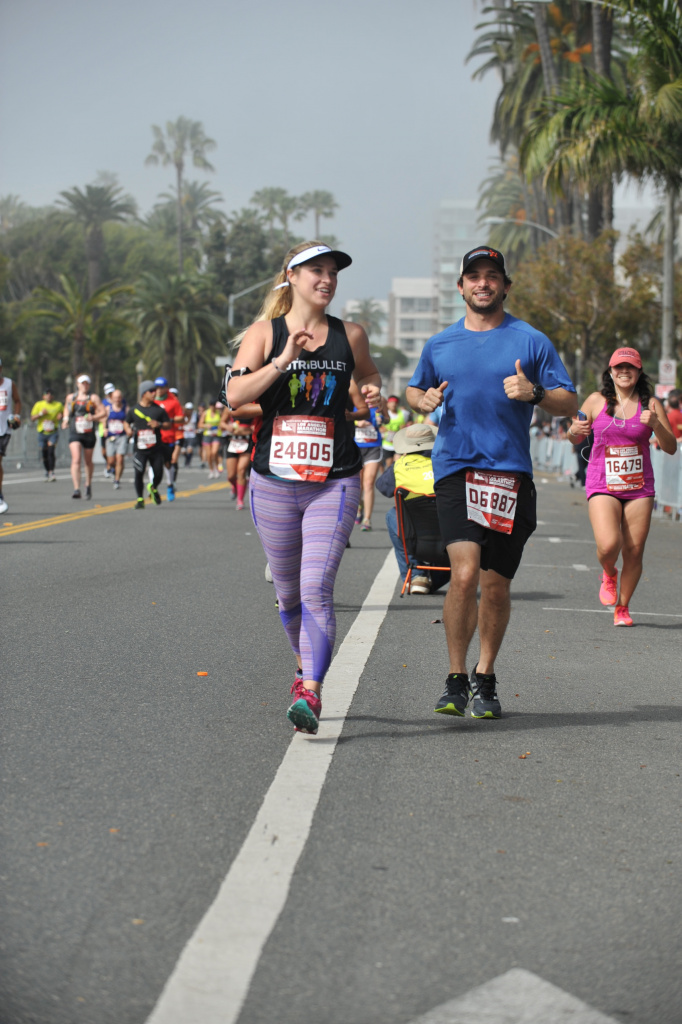 And yes, this is coming from the yogi meditator spirit junkie who once believed that yoga was the only form of exercise therapy that would ever work for her. I did other forms of exercise for other reasons (also an OrangeTheory addict, of course), and enjoyed them a lot but didn’t really find them therapeutic. I think I just hadn’t reached the point where I trained hard enough or gave running enough time to become a part of my life. It’s still a challenge sometimes to fully incorporate it into my life, between my other workouts, yoga, work, travel, etc., but I’ve somehow found a way to squeeze it in and make it a part of my routine.

I took a few weeks off of running after the marathon, mainly because I felt such an addictive desire inside of me to run another marathon so soon that I knew I had to cool it or else I would probably injure myself. The break was good mentally, and physically I am sure my body is thanking me for it by leaps and bounds. I practiced a lot of self-care and got several deep tissue sports massages, did some cryotherapy, did a lot of stretching and yoga, had some much needed late nights with friends, and have enjoyed sleeping in later than I was during many of my marathon training mornings.

Other than some OrangeTheory HIIT classes, my first jolt back into running post-marathon was a 10k that I signed up for this past Sunday. It was about 3 weeks after the marathon, which seems like pretty perfect timing to me as far as rest goes and then the distance of 6.21. That distance sounded GREAT after running that plus 20 just a few weeks ago. 😉

Even though the distance was much more doable in length than the marathon, I actually started getting pretty nervous before the race. Since I had taken 3 full weeks off, I started psyching myself out about how hard it might be to get back into it. I also wasn’t positive about how I wanted to pace myself since it was so much shorter than the marathon… I knew I wanted to test myself to run at a faster pace, but I also didn’t want to burn out with a few miles left to go. AND it was sort of weird running it without any of my NutriBullet teammates, but luckily I had Alexi & Tyler (*cough cough, Jonathan we missed you*) + an OTF cheering squad. 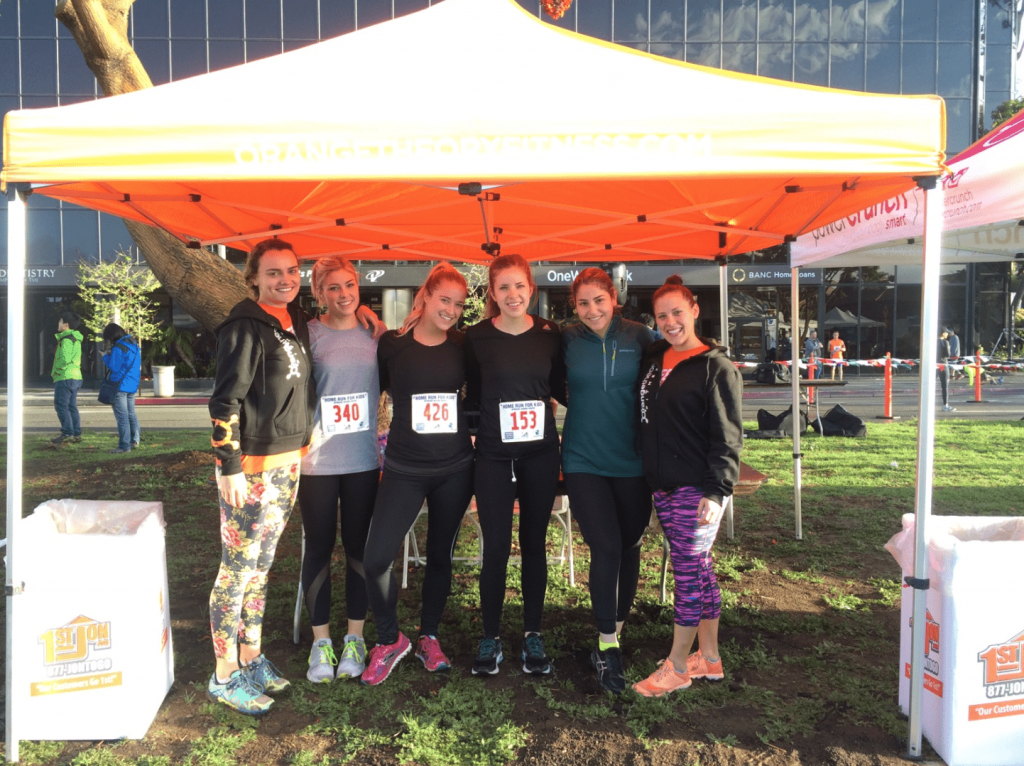 But when it all came down to it, the whole experience was sooooo much more relaxed than any other race I’d done leading up to it. It was a very small turnout (less than 100 people, which was AWESOME after the chaos of some of the huge races I’ve been in), the start line was practically on my street, and despite my nerves I knew that the distance was more than doable after all of my previous training.

The only real kicker was the pace! I took off at the start line running a much faster pace than I usually do, but it felt really good in my body, lungs and mind so I just went with it. It was closer to a pace that I keep on the treadmill at OrangeTheory (about 9 mins/mile), whereas my marathon pace was closer to 11:30 mins/mile. It felt crazy good to the point where I started wondering whether I hadn’t really pushed myself in the past due to fear of burning out too soon.

Regardless, it made me realize that I am exactly where I want to be and need to be in this journey: in the thick of it. Learning that I am actually capable of going faster than I think, and also evolving over time and realizing that it’s okay to run faster now that I’ve put in months and months of working up to a faster pace. Running faster brought up so many emotions inside of me that I was pretty shocked to feel crop up (enter the therapeutic aspect)… Especially from mile 5 onward. 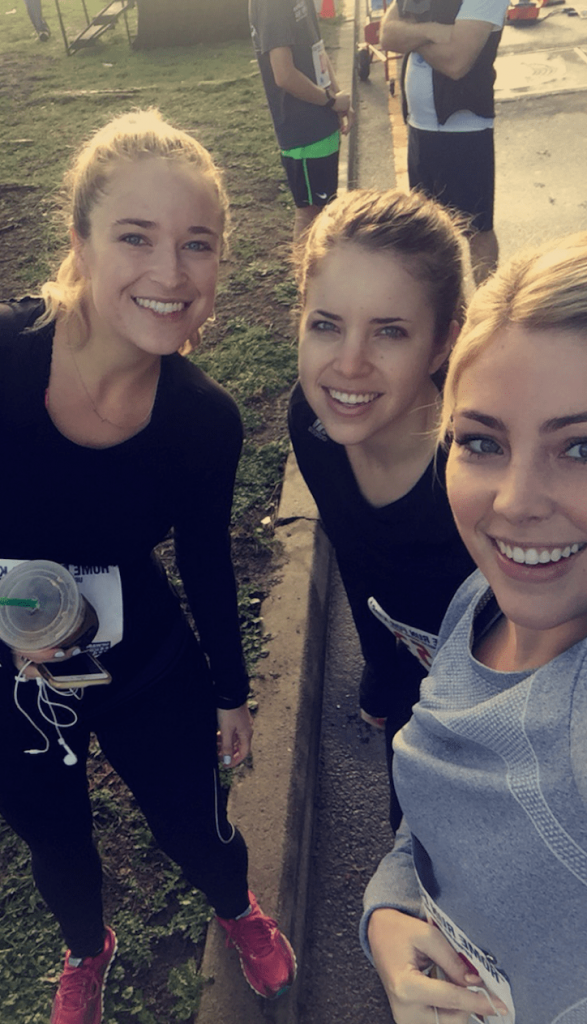 Leading up to mile 5 I was practically shocked that I had so much energy to hold my faster pace. It felt so good, and I wasn’t sure whether it was the adrenaline of the race, the weeks of rest I had given my body, a competitiveness with myself, or the fuel of that inner anxiety I mentioned at the top of the post. I think it was a combo of all four, and I will take it!

Mile 5 is when things started to get a little difficult. I was sort of nauseous (I chalk it up to the dairy-free ice cream I had on Saturday night at Salt & Straw… PLUS the fact that I accidentally drank way too much coffee before the race) and was starting to think there was a strong possibility that I was going to throw up before reaching the finish line. Since my heart rate was higher than my usual runs because of my faster pace, my body was definitely feeling some feelings it wasn’t used to.

The nausea wasn’t too too bad though, and I knew I only had pretty much one mile to go and I’d be done. I was also running in my neighborhood which was so familiar and fun, so that made it easier too. During that last mile I brought up my pace a little more, and as I was running I found myself going through a list of people in my head who have inspired me to get to this point with my running journey: Jimmy, all of my NutriBullet coaches, everyone on my NutriBullet team, Jonathan, my sisters and brother, the close friends I’ve made through running, anyone who I’ve ever admired from afar as a runner, etc. It was a powerful experience… Sort of like a montage in my head, and the simultaneous realization that I was doing exactly what I look up to and admire all of those athletes for doing.

Of course I started thinking about other things too — my family, my eating disorder recovery, a lot of things that have been going on lately that are less than easy to deal with, and ended up getting pretty emotional. Spotify must have KNOWN that I was getting emotional, because they kept hitting me with emo after emo song on my “Recommended for You” running playlist that just amplified the experience.

Approaching the finish line was the best feeling– I knew I had enough adrenaline in me to double or even triple the distance, but for a crazy extreme person like me, stopping there was just what I needed. I saw my BFF Alexi who CRUSHED IT in 53 mins waiting at the finish line and snapping pics of me making my way to the end.

I finished the race 13 minutes faster than the 10k I ran in December. Granted, I ran the last 10k hungover and at a leisurely pace chatting with Kelly the whole time, but STILL! I also ran it 11 minutes faster than the exact same 10k the year before, which was awesome to see. The faster pace felt so good in my body and made me feel like more of a “runner” than I have ever felt before. Now I want to sign up for more 10k’s and see how I do — this distance is one of my favorites, for sure. 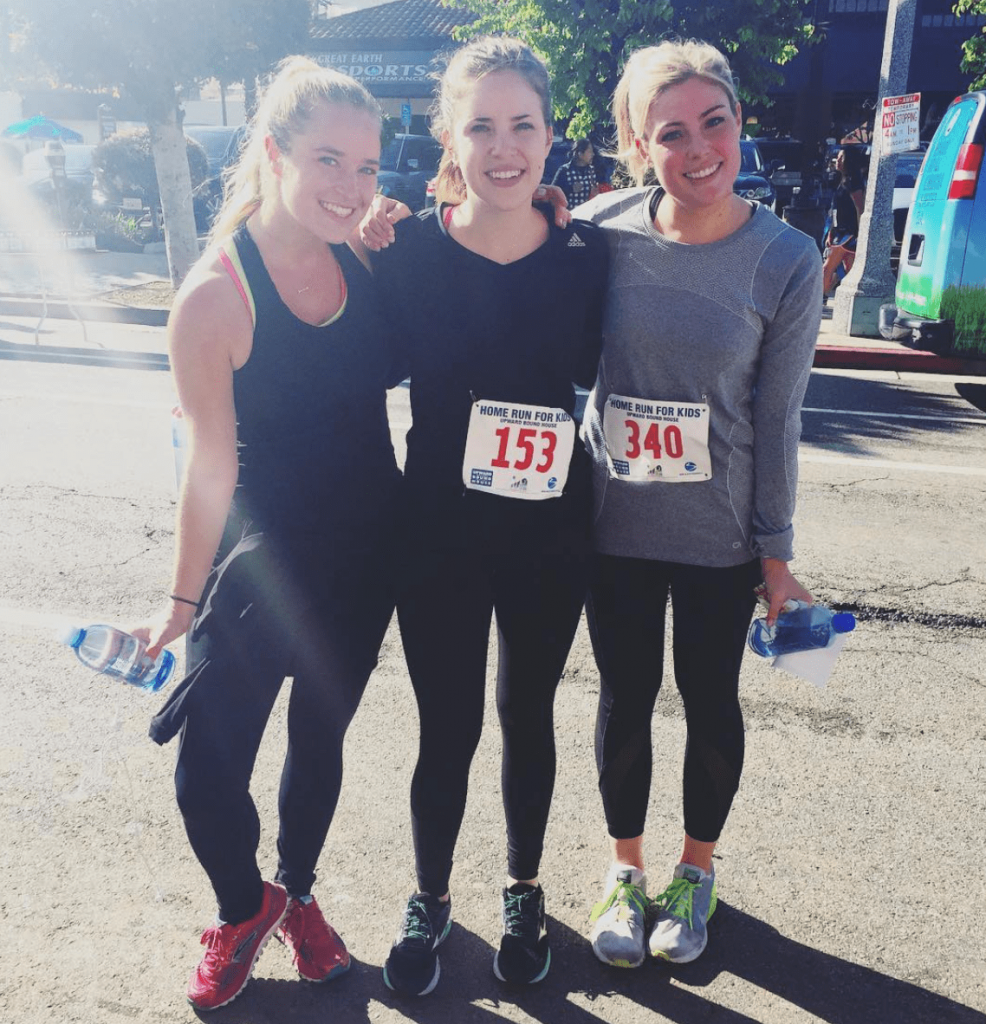 I can’t wait to see how the next few races go and even more importantly, how the training goes on a personal level between now and then. I have a half marathon coming up in Napa in May with ASICS… I can hardly wait! I also have a fun Nike Running collab coming up early next week — get pumped for that and let me know if you have any questions! I’ll incorporate them into that post!

PS shoutout to Alexi & Tyler in the pic above for killing their first 10k and basically sprinting their hearts out — you both did a ridic good job. 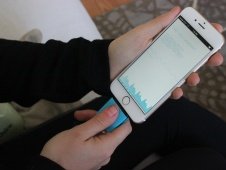 Want to Learn How to Zen Out? 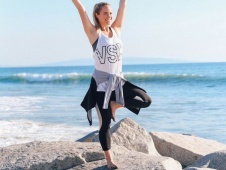 Running My Booty Off: An Update on Marathon Training 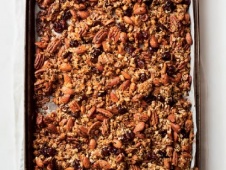 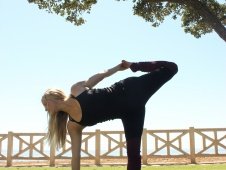 When Life Gets Stressful…