Asking for Signs, Trusting the Universe, & My 201 Story! 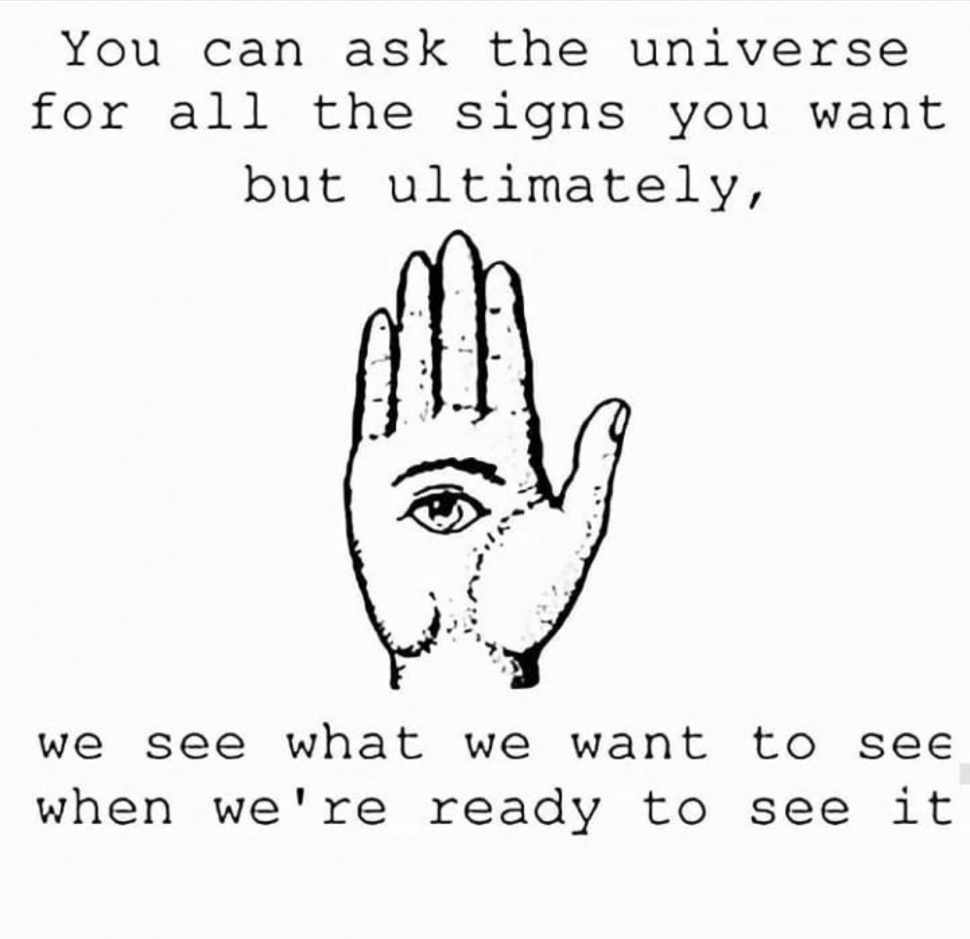 Hi guys! Happy weekend! I am currently in bed with a sinus infection & bronchitis and haven’t really gotten to leave the house yet in 2020, aside from Erewhon for LOTS of broth & tea — sOooo I figured it would be the perfect day to write a blog post on a topic I have been very into and a get lot of questions about from you guys… signs.

Yes, we are talking universal signs. From the universe, consciousness, the divine, your higher self, karma, God, whatever higher power it is that you believe in. 🙂

Signs can show up in so many different ways. For some, they can be a seemingly random recurring number (like my number 201, or angel number 333!), an animal that represents something specific to you, a word or phrase you needed to hear, or something that feels so right and serendipitous it almost could be deja vu.

Signs can also be something you call in specifically that represents a big decision in your life or connection to a higher power. For example, you could tell the universe, “I want to see a hummingbird within the next 24 hours as confirmation that I am on the right path with a big decision I am about to make.” Or something specific to one area of your life like, “I want to change jobs, so please place the right new opportunity in my life so I can feel more supported and held in that decision.”

Or perhaps you just want a sign to know that you are connected to a divine power, so you could say, “Please show me a purple triangle within the next week to confirm to me that this divine connection [in meditation, or something else] I feel is real.” And when you see the purple triangle… your body will fill with tingles and chills that remind you who you are, and who you’ve always been.

And if you don’t see the sign you ask for, that is a sign too! It could mean a variety of things like, perhaps you are too distracted (looking down at your phone, lost in your head with anxieties/fears, blinded by your own disbelief in a higher power, etc.) to see the sign. Or it could also mean that what you’re asking for is simply not meant for you (the new job, the relationship, etc.), so your sign does not appear. It could mean many other things too… like to slow down and breathe more, meditate, get outside, and maybe your sign will appear when you very much least expect it.

I have had some wild experiences with asking for signs, and some of my signs have come into my path completely unrelated to me asking for them… just as reminders from the universe that we are all one. The biggest of which being… 2 0 1, baby!

Then my junior year I studied abroad in Italy and that’s when the real synchronicities began. Before we landed in Italy we went on a 10 day “opening tour” with our school to Germany, Austria, and Prague. We stayed in about 5 hotels during that time, and you can guess which room I was placed into EVERY TIME… 201. At first it was surprising, then it became a running joke that no one had to ask what room I was in because it was obvious I would be in a 201, then it just got downright weird that no matter where we were, I was in a 201!

When we settled in Florence, you can naturally guess that I was placed in a 201, with my two roommates Clare (yes, the Clare that was in Hannon 201!) and Amanda. On that trip, the 201 synchronicities turned from semi-eerie to mind-blowing. Every day I would see the clock at 2:01 without trying. I wasn’t sleeping much on that trip, due to raging insomnia and also tons of partying… so 2:01am and pm were both something I would see every day and night without fail.

We traveled all throughout Europe on that trip… and every hotel or hostel we stayed in, I was placed in room 201. Almost without exception. We went to Paris, London, Greece, Rome, Sienna, all around Tuscany, Cinque Terre, and more… and everywhere, I mean everywhere: 201.

Clare & I in Cinque Terre… prettiest place in the world. In Italy, where it all began! 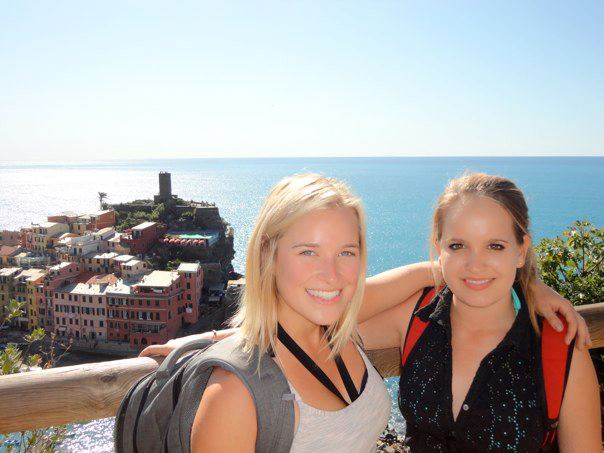 It started feeling like a guiding light for me, something I knew was sent from above even before I was very into spirituality at all. Every time I saw it, I felt safe. I felt like my grandmother (my mom’s mom who passed away when I was 6) was with me within the 201’s, guiding me and sharing her healing, protective light with me.

After that trip, the 201’s did not slow down. They only revved up! I started noticing them everywhere, in addresses, phone numbers, license plates, sidewalks, on the clock, in books, movies, and everywhere else. And if I shared my 201 story with someone, they would usually start to see 201 too! Especially if we were very connected… so my mom and my closest friends still see 201 constantly to this day.

From there on out, I lived in 201 apartments everywhere for many more years. I screamed when I saw 201 was the apartment number of my first place I moved into alone in Brentwood. Screamed! I had already chosen the apartment before I even saw the number… and it felt so guided. It was so guided. That was after living in a 201 previously with my roommate Laura, also in Brentwood.

When I got my new car after moving back from NYC 5 years ago, I got in and the car had 201 miles on it, 201 miles of gas left, and it was 2:01pm. You CANNOT make this stuff up. I drove straight to my grandfather’s retirement home, where he had just been placed in, you guessed it, ROOM 201 in the assisted living area. His health was rapidly declining and his quality of life was pretty much gone. It was heartbreaking but he was an optimist up until the very end.

I knew in my heart the 201’s that day were a sign from my grandfather’s soul that his body was ready to leave this earth, and I was right — it was my last time seeing him in person, but our souls have remained extremely intertwined ever since.

I could go on… but I think you can see, 201 has been with me for a decade now and it is such a powerful guiding force in my life. Every time I see it, it feels like an indication that I am on the right path. It has been present for so many good things in my life, like signing contracts at 2:01, it was present during my first book deal, and was even etched into the ground in Bali during a huge health breakdown I had two years ago (which even though it doesn’t sound good, was a good thing).

I wanted to share this story with you to show you that sometimes… we don’t pick our signs, our signs pick us!

And if 201 can be so ever-present in my life without me trying whatsoever, then your sign can be equally present in your life.

My spiritual journey has taken some amazing twists and turns over the last several years. When 201 came into my life, I really was not very in touch with my soul’s path (that I knew of). Now, through the guidance of my angels and guides as well as my divine higher self… I feel like an entirely brand new person. I have been able to tap in psychically, intuitively, and I now live my life in an entirely different way.

This is available to all of us… it’s truly amazing.

Most recently, I asked for a big signs in my business with some changes I am in the process of making, and I received every last one. So one thing you can do is when you’re in a meditative head space, ask the universe to show you the way. To introduce you to the right people and bring you to the right places so that the next step in your life is simply effortless. We are so, so, so guided.

Then it’s just up to us… to TRUST what we receive!

And ultimately remember… this is the truth. When we are ready and open, is when we can truly align. 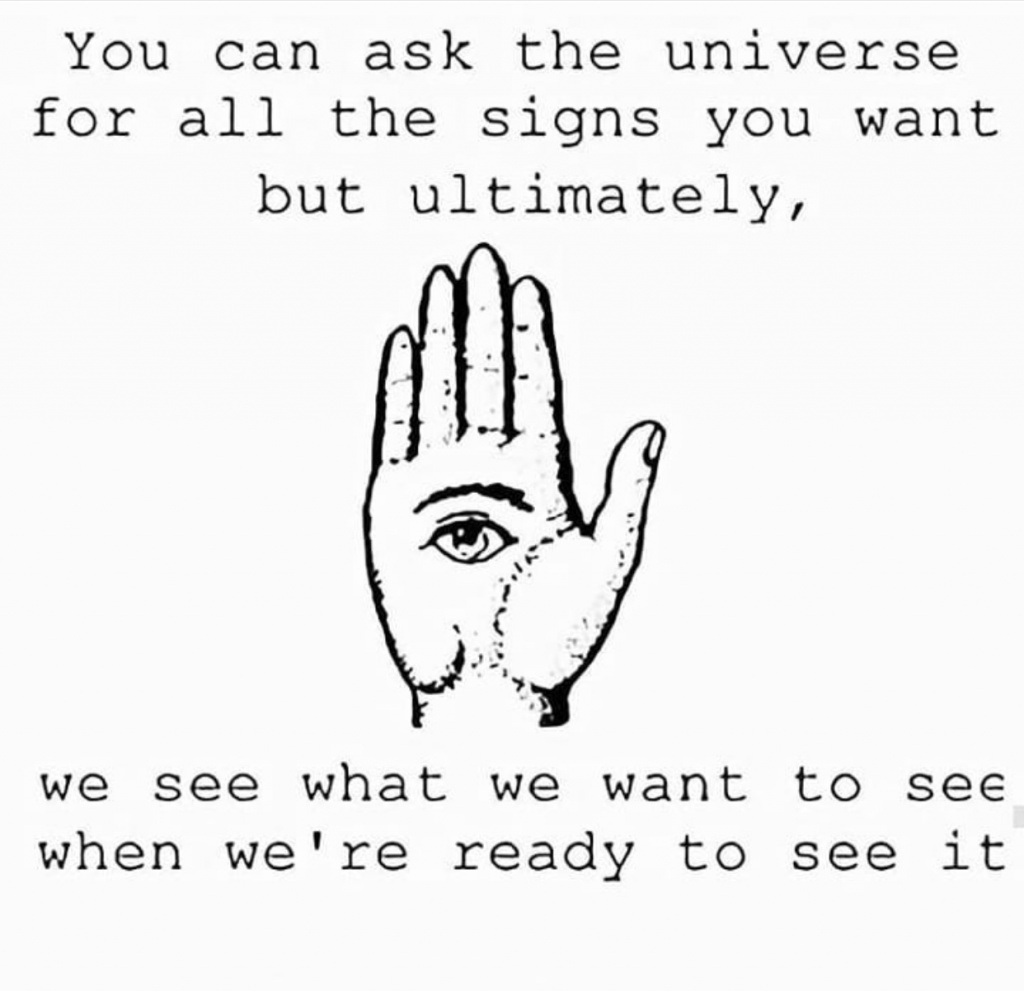 Keep an eye out for your signs: numbers, symbols, animals, words, songs, however you see or notice them.

And if you’re not seeing anything specific, ask for a sign! There are so many different ways to receive your signs from the universal consciousness. 🙂

Seeing signs / not seeing signs is a topic we go DEEP INTO in Waking Back Up to Your Own Soul // The Course! It will launch again in a few months, so keep your eyes on the course & sign up for my newsletter to stay on top of it! 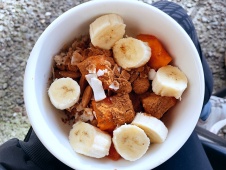 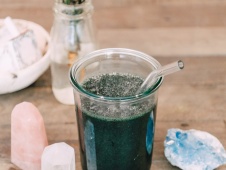 How I Healed Chronic Inflammation with Plant Foods & Diet… Yes, It WORKS. 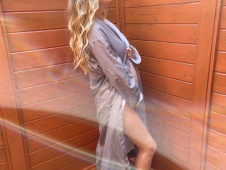 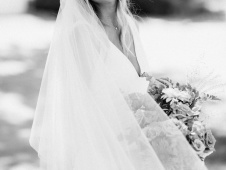 OUR WEDDING, PART II: A WEEKEND OF MAGIC, ALL THE DETAILS LEADING UP TO THE CEREMONY!